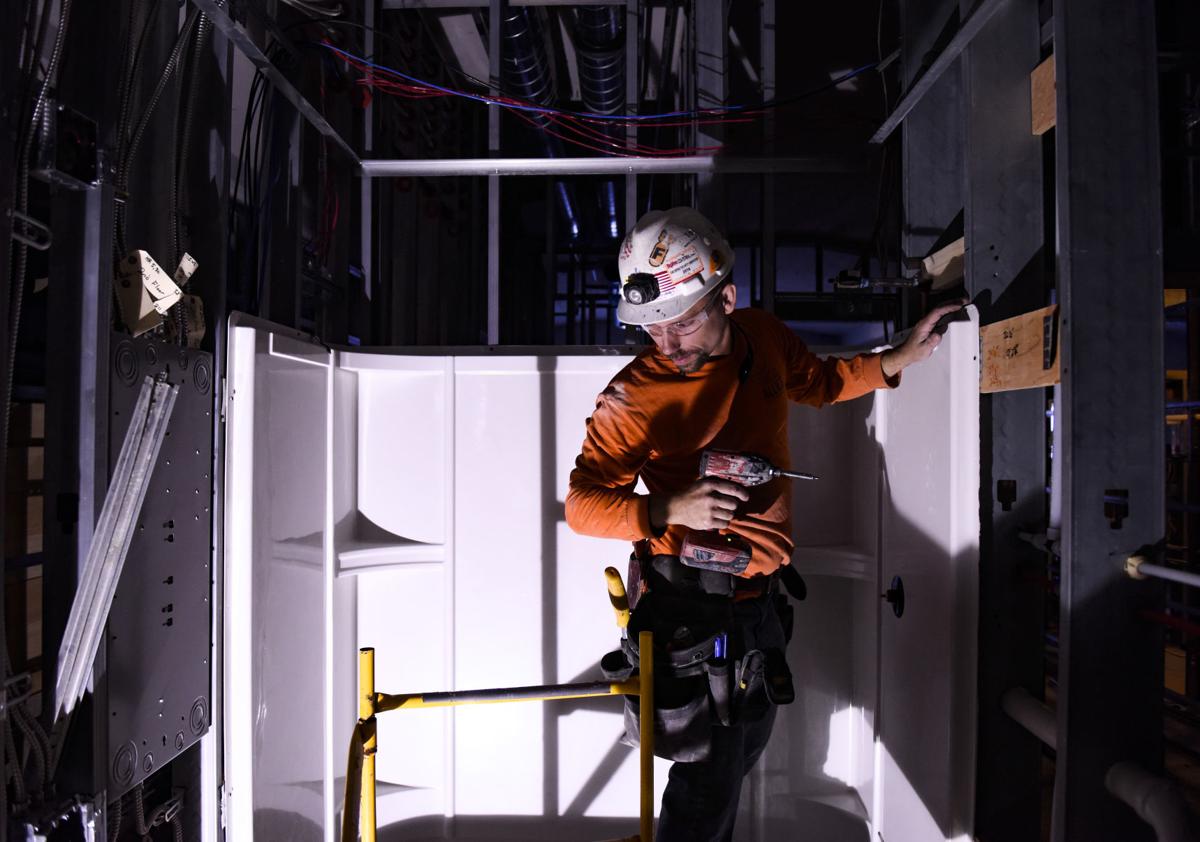 Mark Gilmour who has been a carpenter for the past 19 years works on the Gordon VanTine Commons in Davenport, Thursday, Sept. 27, 2018 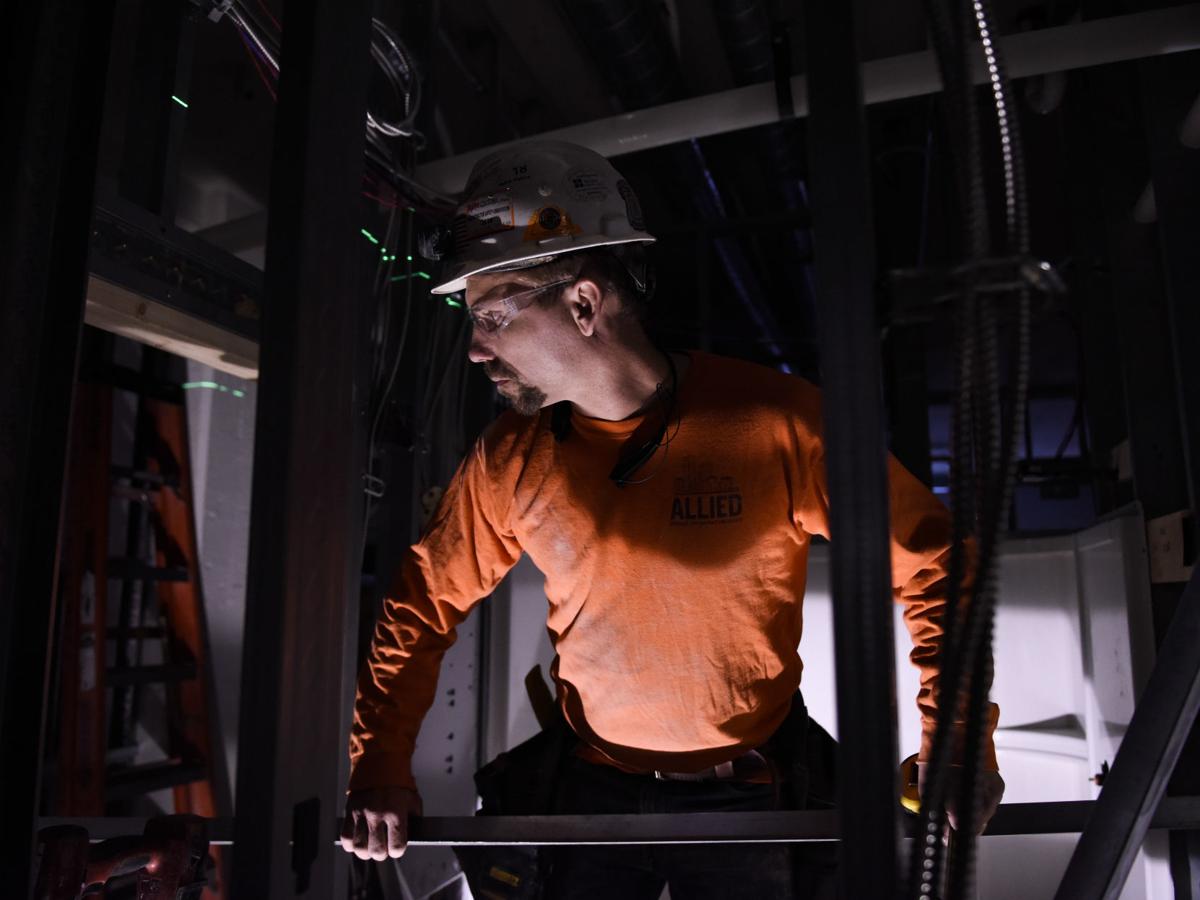 Mark Gilmour who has been a carpenter for the past 19 years works on the Gordon VanTine Commons in Davenport, Thursday, Sept. 27, 2018
Editor’s Note: This is the first in an ongoing series on various careers. The Dispatch/Argus is profiling a career weekly in the Business Section. If you have an idea, please provide contact information, including name and phone number, and email jmeenan@qconline.com.

Mark Gilmour, a local carpenter, sometimes wishes his son was as impressed with his work as he is. But the commercial builder for Allied Construction can take it in stride.

He knows he’s proud of the job he’s done for 19 years, pleased with his pay and likes the feeling he has at the end of each day.

“Absolutely,” he says regarding if he has pride knowing he’s had a hand in some of the buildings and homes he sees. “My kid doesn’t so much think so when I drive around and tell him all the stuff I’ve done. There’s almost no neighborhood I could drive through and not see something I had my hand in.”

The variety of work Gilmour has had in during nearly two decades on the job is part of what he likes most about being a union carpenter. “You do a lot of different things,” he says. And seeing what he’s had a hand in at the end of the day is satisfying. “Tangible work,” he says.

Gilmour would definitely recommend the job to anyone considering it.

“You get a professional qualified training at no cost to you,” Gilmour says. “You develop a skill set that is useful long-term. It’s a skill that will always be needed. People will always be building things.

“It’s put a lot of bread and butter on my table,” he adds. “If you are good at what you do, you will always be working.”

Apprenticeship/education:Four-year apprenticeship, one week a quarter, $50 for books per year, but book fee is given back if you complete the apprenticeship. And local carpenter Mark Gilmour notes, the program takes people with all levels of building experience.

Pay: Apprentices make 60 percent of $29 per hour. Once done with that a carpenter can make $29 per hour plus the benefits.

Toughest part of job:Dealing with the hot and cold. Can be physically demanding and require some heavy lifting.